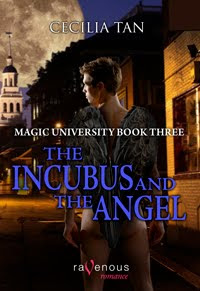 
I used to think that plot was my weakest point. When I was an aspiring writer, I could sit down and write the first chapter of a novel, and then I would look at it and say... but what happens next? I thought I was supposed to write out a plan of what would happen chapter by chapter, but I would draw a blank. So I thought I "could not plot." I thought about the Hobbit, and the Lord of the Rings (two of my favorite works) and how the plot was basically a long road trip. "There and back again." Both of those books seemed to just go from one event to another, like a parade. This, and then this, and then this. I just couldn't seem to do that myself, though.

Star Wars was my first clue that I had to think about plot a different
way. Star Wars (the original movie) has a very tight plot that
includes several twists. Like for example, our main characters travel
to a planet to fulfill their quest, only to find the planet is GONE.
And then they land in the lap of Darth Vader. Hijinks ensue. However,
I still thought of plot as one long, logical chain of linked events,
but now the chain could have a knot in it.

When I got to grad school, though, pursuing a masters degree in
writing, they gave me a better way to think about plot than the chain
of links. My very first seminar, on novel writing, introduced the
concept of the Three Act Structure. I took a screenplay writing class
at the same time, and lo, they also used the Three Act Structure. The
idea of rising action, a turning point, and then falling action made
so much sense in my brain. Now instead of thinking of my plots as "one
thing leads to another," I now see them as a kind of Rube Goldberg
contraption. Remember the old kid's game Mouse Trap? You spent most of
the beginning of the game assembling this contraption, which if done
right, when the end comes, everything will fall into place and the toy
mouse would be caught.

For me now, writing a novel is like that. I spend the first half to
two thirds of the book setting up all the dominoes. Then things reach
a turning point, and boom, the dominoes all begin to fall.

This sounds a bit more methodical than it is. I've now written a dozen
novels, and someone asked me recently whether I am a "plotter" or a
"pantser" (seat of the pants writer). The truth is that I'm half of
each. When you are a published author, publishers require you to write
a plot synopsis to sell them future works. You turn in a sample
chapter or two, and an outline detailing what's going to happen in the
book.

Everyone knows, though, that as you actually write the book, you might
discover that things that seemed reasonable  to everyone in the
synopsis will turn out to be unworkable in the actual text. I think of
it like this. The synopsis is a map that you made when you surveyed
the mountain from a helicopter. Now when you write the book though,
you are actually climbing the mountain. You find when you are closer
to the ground and struggling to get up there, that there are rocky
outcroppings and crevasses and things that you could not see from the
air. So your general path up the mountain is pretty close to the
original plan, usually, but it may deviate.

Where I find I deviate the most, is on the way down the other side of
the mountain. In the rising action, the climbing part, my plot plan is
usually quite accurate. Then I get to the top of the mountain, the big
turning point, and I look down the other side and I think, holy crap,
how the hell am I going to get down this? However, once you start
going down, you can't stop. Everything will start falling, and you
just have to trust that if you set everything up right, it's all going
to fall into place.

Now that I've done it a bunch of times, I trust myself more than I did
the first few climbs. The result is that I'm a plotter for the first
half, and a pantser for the second half. Everything follows the plan
up to the turning point, and then everything falls apart... but falls
into place if I just keep writing and discovering what's REALLY going
on.

In THE SIREN AND THE SWORD, the mystery is that of a siren haunting
the school library. All is well and good while the siren seems to do
little other than have steamy, middle-of-the-night sex with students
who spent the night in the stacks. This changes when the best friend
of our hero gets attacked and is left in a coma, and the Powers That
Be seem to be unable to find the culprit. Our Hero goes into Scooby Doo
mode and works to solve the mystery. Pretty straightforward, no?

The catch is that I didn't know who the culprit was. I had set up a
red herring, and then there was a character I thought was likely to
turn out to be it... but I figured I'd find out for sure when I
actually got to that point in the book. When I started writing the
scene where the culprit is actually caught, I suddenly discovered who
it had been all along. I then went back to the first half of the book,
to put in the set-ups, to stand up the dominoes that would point in
that direction... and discovered they were ALREADY THERE. Apparently
my subconscious had known all along what was going on, and everything
lined up quite neatly at the end.

Most of my other novels have followed this pattern, though not quite
to that degree of discovery. The technique of "write for discovery" is
one I embrace, but the important part to remember is that one must
actually write, not just jot or plot.

Guess what? Book 1, other than the little surprise about the culprit,
went more or less as planned. In book two, THE TOWER AND THE TEARS,
Kyle refused to get paired up with the girlfriend I had planned for
him, and at the end of that book, which is supposed to be the turning
point of the whole series... has fallen completely in love with a
character who wasn't even in the original plan! As you can imagine,
this meant that the plot of book three, THE INCUBUS AND THE ANGEL, was
significantly different than what was in the proposal I sold the
publisher, but they still quite liked it.

And now, cue the ominous music, I must sit down and write book four,
having gone completely off the original map. The truth is, I don't
actually know who our main character will end up with. All I know is
this is a quest for true love, and that it's going to have a happy
ending. But I won't know until I get there how it's going to work out.
I trust that my subconscious knows perfectly well... but I'm going to
have to write the entire book to find out.

Wish me luck and godspeed!

Print Book buy links:
The Siren and the Sword
The Tower and the Tears

Ebook buy links:
Mind Games
The Siren and the Sword
The Tower and the Tears
The Incubus and the Angel
Posted by Unknown at 11:32 AM

Great post, Cecilia! I can relate to your plotter/pantser combo.
Thanks for a great guest post, Carrie!

I enjoyed Cecilia's take on writing - you've got to have some structure in the beginning, though knowing in the back of your mind, the end of the story will rip it up and you just have to believe that there is a way for all those plot pieces to fit together.

Thanks for sharing your craft, Cecilia.

Having Cecilia as a guest was a definite honor. Thanks again Cecilia.

And thanks for the kind words Laura, Erin. I'm glad you enjoyed the essay!

Cecilia, that was extremely helpful.
I, too, struggle with plot and it was inspiring to hear the way you lay it out - building and then letting it fall into place at the end.
Thanks, Carrie - I love what you've been doing lately with your guest writes.