Why I Do Them - Writing 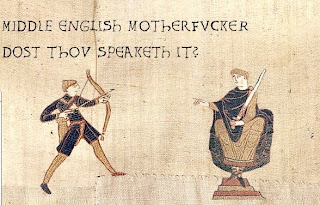 Storytelling is composed of several factors: Plot, characters, and of course, conflict. It also imitates life, art, music, film, and each other. Considering a genre dead due to 'it's been done' is a fool's statement. If that were the case, whatever genre was pronounced dead would not sell not even one single copy and the reason they do not stop selling is because people are still interested in the genre/subject matter.

I've been asked why I write vampires on more than one occasion and my answer is always the same: I like history. I'm not into bloodletting (well since I was 15 or so), or wearing black lace (looks funny when with a kiddo at the store and I work at home), and as much as I'd love to, I don't drive a real hearse or sleep in a coffin. 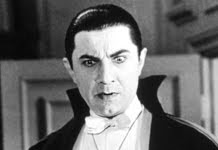 My characters are endlessly fun to me because I can take people from different eras and have them interact. A man from ancient Rome hanging around with a fellow who was cut down in the eighties, for instance. What would they have to say to one another? I bet it'd be funny. Vampires are nice and convenient for me because of their immortality, human appearance and resilience. I suppose they are like fanged comic superheroes/villains.


When I write them I try to imagine as closely as possible what their daily (or nightly) obstacles would be. In Crooked Fang, the main character (a vampire) lives in a tavern. It makes sense, right? What if he's called out during the day for a reason? Maybe a fire or someone is injured? How would he react to such things?

There's a predatory feel to vampires that seems to appeal. Angry? Tear out some throats. Bored? Drive a motorcycle at 180 mph on an icy road. Feel those emotions because emotion is good even if it's only a black one.

He disappeared in the shadows once he reached the overhang and I heard the garage door open. I shook my head at the noise he was making and cursed when he snapped the light on. New vampires still carry habits of the living, like turning on lights when they enter a dark room, even though they don't need to. We're creatures of the night, we can see in the dark. I covered my face with my hand as he rummaged around in plain view of anyone from that angle. Thankfully he found the box quickly and turned the light off again. Then slammed the fucking garage door down. He came back over to me and I slapped him in the head.

“What the hell is wrong with you?”

“Ow!” He whimpered and rubbed his head. “What did I do wrong?”

I yanked a few bags out of the box and carefully unfolded them. “Okay, so I'm going to lift him up and you just get his legs in the bag.”

Serv nodded and I grabbed dead Freddie under his arms and hefted him in the air. Serv fussed a little with opening the bag, but got the corpse's feet in it by easing the plastic up over the legs. Freddie was a pretty small guy so we got him almost all the way in, fit another bag over the exposed head and shoulders, and then lined the trunk with about three more bags. He didn't fit. I jerked him back out of the cavity and threw him on the ground.

“Now I get to take the fucking spare out,” I said, turning the giant wing-nut to free the spare tire from the floor of the trunk. “This is starting to be a pain in the ass.”

Therein lies the challenges and joys of writing such a limited character. Sure he can jump off a building and survive but he burns up in sunlight. Interesting. Makes for good story. And there you have it. Why I do them. Vampires I mean. Write them. 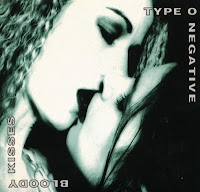 Crooked Fang, the novel and the album is due out in Autumn, 2011.

*Rough excerpt. My editor will be waving her magic wand and making it legibler. Or something.
Posted by Unknown at 8:07 AM

Often wondered what drew you to vampires - and it's nice to see a post that gives a coherent response, as opposed to the usual "Oh they're so romantic!" schlock that I've had from others. Rock on, Xan.

If you ever stop writing them, I'll be worried. <3

What can I say, I love vampires, and have done so since I can remember, they never frightened me. I liked them because they were outsiders, like I was (and still am and always will be, something I love).
Add to that my own real vampiric traits (sensitive eyes, prone to javascript:void(0)sun stroke, sharper than usual canines) and it was like I was born to write about them. I like your reasons, they're good ones.
Alannah

I think that's why your work appeals more than others. Not just because it's not the usual schlock (as Icy says), but because it's the history that fascinates me, too.

Nice conversation, like sitting around the kitchen table and shooting the shite. The excerpt, though, was bloody good - can't see it burning up in any sunlight anytime soon. And it's unfortunate, anyone being named Fred, because of the rhyme.

I DON'T like reading about vampires, usually, but now I want to read Crooked Fang because you just bloew all my preconceptions out of the water. Who's your editor -- if s/he can make the excerpt even better, I wanna buy the services! Peace...

Linda, I'm the editor. Wait until you see the final Crooked Fang product and then send me an email. I know you'll love it. Carrie's wickedly talented. :)

Some days I'd totally sleep in a coffin. You ever seen the high-end ones? Cushions, silk lining. Beats a buddy's sofa, so long as the lid doesn't lock.

I'm not usually a fan of Seth Godin, but he made the great point that "dead" mediums produce the best works of art. It's only when something is old and understood that the most people can work competently with it, make it do what they want. Certainly applicable here - you write what you love, and get to know it.

Now I want a coffin. And I still want a hearse. Crooked Fang is a little different I'd like to think, but still is familiar territory. Thanks everyone for the thoughts.