Sometimes a vampire's past can bite him in the ass.

Xan Marcelles--bassist for Crooked Fang, vampire and full-time asshole, is content with his quiet existence in the backwoods of Pinecliffe, Colorado. But life at the Pale Rider tavern is set to become a little more complicated when he gets entangled with a feisty, blue-haired damsel and her abusive soon-to-be ex-boyfriend.

I'm so excited about having this official description that I want to roll in glitter and honey and...
At least now when I'm asked what my book is going to be about there will be less uhms and ahms. Whew.

We're almost there. Five months and counting. Ebook drops on August 20, 2012 with the print version following shortly after. Believe me, I'm more than just busy working on it! 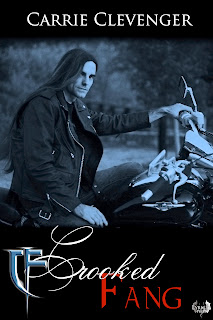 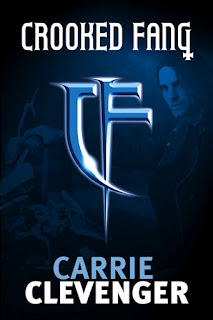 Novel-Writing and Publishing, the Second Time Around: Richard Godwin

I've hosted a promotional post from Richard Godwin in the past on this blog, but my curiosity went farther than just what his new novel, Mr. Glamour is about. I was interested in the process; what went on behind the scenes, and the amount of research and work went into the creation. I asked Richard a few questions, and his answers are rather useful for writers/authors of all sorts. Now on his second release, Richard has a greater wealth of experience and information to share. Please help me welcome Richard Godwin to speak of the processes behind writing and publishing a novel. - CC

CC - Hi Richard, thank you for this opportunity.
Since this is your second novel you've released, what was different this time around than the first? Do you feel that the process has gotten easier? What did you learn between APOSTLE RISING and MR GLAMOUR?
RG - I wrote Apostle Rising over two and a half years ago. That was the first draft and then I edited it of course, but that is an illustration of how slow traditional publishing is. I wrote Mr. Glamour over a year ago and of course edited it. I think between the two novels I have learned more about tightness in narrative structuring. I did extensive planning for Apostle Rising and also saw the novel take its own organic path. While planning is important, it is also vital you allow the story to breathe and with Mr. Glamour, I saw what the story wanted to be with less planning.
I think it is a more structured story, as one reviewer has picked up. Apostle Rising is a great read and has received excellent reviews.  It has some profound passages and a shock when you find out who the killer is.  But Mr. Glamour is lean and muscled, full of the glitz of the glamour set and the pace is relentless. The ending is a series of shocks.

CC - So you're into shocking readers with lots of twists and turns. I suspect this all takes a lot of research or know-how to get the story as realistic as possible. How much research went into Mr. Glamour? Do you have any background that helped you write this book?
RG - Writing police procedurals does take research and while that is a part of Apostle Rising it is less so a part of Mr. Glamour. In Mr. Glamour I was more interested in digging into the psyches of the two cops. Jackson Flare is a troubled man who is disfigured. There is a story behind that. There is also a dangerous pimp out to kill Flare. Mandy Steele has a trauma, it is something she keeps to herself since she wants to maintain a somewhat idealized set of beliefs about the police, but the case tests her and opens a wound. She descends into a dark path, pushing her sexual boundaries in private in ways that some readers may find shocking. But I believe police officers male and female are human, they do a job but are subject to all the frailties that beset any other individual. As such, this taps into a theme I am interested in: The relationship between law and crime and the overlap between the two. Many detectives have strong criminal shadows, as Carl Jung pointed out. There is a tendency for people to believe they know their limits but again and again in war we see relatively adjusted individuals committing atrocities. Whether this is as result of the licence that war provides and is an illustration that society functions only because it has a punitive legal system, or because the breaking point in an individual alters them and their morality, are issues that are impossible to define. Yet they expose the fundamental fragility of the things we take for granted. Extreme crime takes anyone brought into contact with it to the darker recesses of the human psyche. In war those same aspects are exposed. The army tests a soldier's limits. Physical fitness and strength are easy to come by but the army wants men who will not break. So they find the limit. Soldiers operate as part of the machine. But the machine breaks down, and it does so when the authority structure fails. Embedded in that is the need to abnegate personal responsibility. People accept authority largely but not always because they can be relieved of their responsibility. The killer in Mr. Glamour takes full responsibility for his crimes in a shocking way and one that does not leave Flare and Steele feeling vindicated. He also subverts an authority system that is corrupt from the inside and makes the reader question the nature of reality.
There are many twists and turns because the characters showed me what was happening. In  terms of my background, I have read a lot. I used to lecture in English and American literature and if you read attentively you see the techniques writers use to create their effects. There are many styles in which a novel can be written. Sadly, there is a school of thought that believes there is only one way of writing it. Mr. Glamour is made up of some wealthy men and beautiful women and some low lifes and two hardened professionals. The glamorous people in the novel can buy anything, except their safety from a killer who is watching everyone.

CC - You've mentioned your agent, and I think lots of writers have the ambition to find one in order to get their books into larger publishers. Do you have any advice for those who are on the lookout for an agent? Any words of warning?
RG - I spent a lot of time a few years ago trying to get an agent with a near success from one who asked to read two entire manuscripts only to say that she liked what I'd written but wouldn't take me on at that time owing to the economic climate. That was good, since they don't ask to read several hundred pages if they're not interested.
The advice I would give to a writer trying to find one is always approach them in the correct manner.
Firstly, find out what genres they represent. Secondly, if they fit your style then send an inquiry. Do not send them sample chapters until they have OK'd it. Then if they give you the go ahead send them what they want. Make the synopsis short and effective. Give them an elevator pitch on your book.
A great elevator pitch is:
Alien is Jaws in space.
Then let them take their time. One idea is to find out who the agents are of authors who write like you. Approach them.
Each agent has a different spec, do not use a template. If they want hard copy send them what they ask for. I have been told this on good information, they hate chapters sent in shiny see through folders. They go shooting off their desks and end up behind the sofa with the squashed chocolates. If they ask for the full manuscript send it with an elastic band around it. Really.
I have been told that a bad agent is worse than no agent. The good ones have relationships with the big publishing houses and will get you a look in.
The agent I now have came looking for me. I did nothing to find her.

CC - Wow! It's got to make you feel good when you have agents looking for you. Let's talk about the editing process. How different is Mr. Glamour in its final form from the submission you sent in to the publisher?
RG – It does.
It's not hugely different, since I put it through a rigorous set of edits. There are areas where the publisher cut back scenes and asked for a few additions. I changed the first chapter. Also the ending is different.

CC - Tell me about how the cover was thought up and created. How much input were you allowed in its final appearance?
RG - I have input on my contract into the covers of my novels. I think that is important for a novelist. The concept is mine. I wanted a woman on the lens of a camera. I also got to choose the woman from a range of Getty images. The woman on the cover has the look I wanted.

CC - I've seen lots of your stories, ranging from Horror, to Noir, and everywhere in between. They're great, and all unique from one another. But I'm sure all that takes time. What does a busy author like you do to unwind on any given day?
RG - Thank you. I started off writing novels. I write stories because I love writing them and they are a good way of disseminating my name and keeping people entertained. They are also a useful forum for exploring genre. I've recently been writing Bizarro. I can write a story quickly. Novel writing gives you stamina. It is time consuming but I write every day. For relaxation I may have a glass of wine, watch a DVD in the evening, read a good book or email my good friend Carrie.

CC - :) Richard, I really appreciate your time for this post. Before I close, I have to ask, what are your plans for the future? Have another novel hidden in the shadows? Have you thought about screenplays, or anything else?
RG - I have just written a long story for an Italian publisher. It is called The Secret Hour and will be available as an E Book in both English and Italian this year. I have another novel which I hope will be released as an E Book later this year. Apostle Rising is also to be released as an E Book this year. I am writing the sequel to it now. I would be interested in writing a screenplay. Hopefully one of my novels will be made into a film. And Apostle Rising is being translated into Hungarian, the publisher there is printing 5,000 copies. I will also be in Pulp Ink 2 and Pulp Modern. And my Mustard Man anthology is out in ebook format now with Pulp Metal Fiction. But the real question is: Who is Mr. Glamour?
Carrie, thank you, it's been great talking to you.

Piquant Tales of The Mustard Man

Amazon US
Amazon UK
Posted by Unknown at 1:35 PM 12 comments: