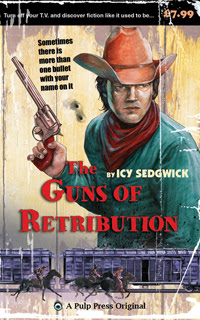 One of the biggest problems encountered by anyone writing a book set during a specific historical period is being accused of historical inaccuracies. Sci-fi and fantasy can sidestep the problem by simply making up their own worlds, but if you want to set your story at a certain point in time, then you need to make sure you know what you're talking about. Research must be done to avoid criticism, and anchor the story in both time and place - if someone is put off your story by glaring historical problems, then they might just stop reading. You can't really get away with watching a clutch of Westerns and then writing a story, unless you actively want that 'pasteboard backdrop' feel to your writing.

But the problem with the Western is that it's not just a historical genre. Yes it's true that you need to be aware of the facts - for example, you can't get away with having the hero suddenly whip out a Tommy gun to shred his nemesis (the Tommy gun wasn't invented until 1919). When I wrote The Guns of Retribution, I researched Arizona's history to find out when the railroad first came to the state and when most Apaches were sent to reservations, all to make sure that the events in the book happened at around the right time in history. I figured if anyone was going to have problems with the book, I didn't want the problems to be with historical inaccuracies. 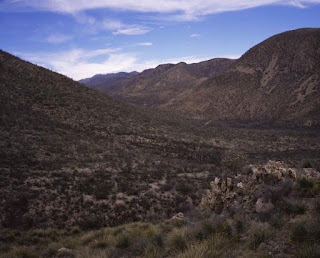 Of course, that's all well and good, but the Western is more than just 'the Old West', as mad as that might sound. The Western is one of the most clearly defined genres there is - it even comes complete with a set of themes. Say 'Western' to most people and they'll picture a saloon with swing doors, with cowboys and lawmen shooting it out in the street while tumbleweeds blow around their feet. Maybe they'll picture Clint Eastwood or John Wayne. People want horses, stagecoaches and Native Americans. Whatever people imagine, they come to the Western with a preconceived set of ideas and imagery, which is possibly why many of the stories have taken on mythic status.

I usually write horror, or 'weird' fiction, and there are definite challenges involved in writing a Western compared with these other genres. If I'm writing horror, or dark fantasy, then I can essentially make things up as I go along - the world of the story operates according to my rules, and inaccuracies are easier to explain due to generic conventions. With a Western, I have to bear in mind both the history and the established conventions of the genre. You can't even sidestep history and locate your story in a non-defined place, operating under a set of clichéd conditions - geography, social considerations and technological developments all affect your story, and you need to have them in mind before you start. 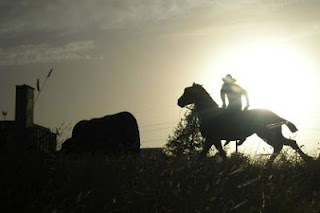 It sounds like I'm saying Westerns are difficult to write, which they're not - if you're prepared to research the genre. The mechanics of a good story apply no matter what genre you choose, and if you're happy to do some historical research to provide a solid backdrop to your story, then the Western can be an exciting, and extremely fun, genre in which to write. After all, how many other genres boast bounty hunters, cowboys, law men, corrupt railroad tycoons and the rich, varied cultural heritage of the Native Americans? 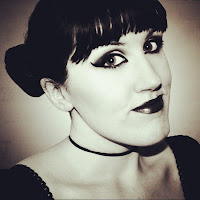 My blog – http://blog.icysedgwick.com
Find me on Twitter @icypop
Facebook – https://www.facebook.com/miss.icy.sedgwick
Goodreads – http://www.goodreads.com/Icy_Sedgwick
Buy The Guns of Retribution – http://www.amazon.com/dp/1908544007/
Posted by Unknown at 8:19 AM

Great blog! I'm also writing "Western" fiction but coming at it as a writer of historical fiction I also find a lot of tension between the facts and requirements of the genre. As I'm writing for kids and want to show life in the west the way it was, I have given up some cliches such as the honorable shootout in the street but I have retained some fun inaccuracies (for my period) like swinging saloon doors and wanted posters with pictures on them.

Best of luck with your Western books. I wish you good sales!

I LOVE wanted posters! I always wonder if they really looked like the ones in the movies...

Historical fiction of any stripe can be quite daunting. I'd still love to write about the Diamond and Gold rushes here in South Africa, which also had a very "Western" feel about the era.

Historical inaccuracies haven't stopped a ton of movies and books from being wildly popular and invading our culture with wrong-headed notions. But I'm glad you're making the effort to be accurate. I think "challenge" is a good description.

All of these are reasons why I appreciate that the Weird Western is getting its start now. The Wild West depicted in so many classic movies existed for a very brief period of time and hardly lived up to most of our fictional expectations. Taking things down a Speculative road liberates one from some of what holds one back from creating a great story.

A lot of directors will say they've chosen to include historical inaccuracies because the story is more important but I say...why not have a good story AND historical veracity?