2013 was an eventful year. In January, I lost my ninety-seven year-old grandmother, which prompted a return to the state of Indiana, which is where I'm originally from. We gave Kathleen the funeral she'd described to me in specific detail (see where I get my morbid interests?) and sent her off to Glory with Amazing Grace played beautifully on bagpipes.

Almost immediately following my arrival back in Texas, my sister discovered she has cancer. On the heels of that, I was diagnosed with fibromyalgia, a nasty bit of business that attacks nearly every cell in my body in some way or another.

That, my friends, is what finally slowed me down. Made me start asking for help. Encouraged me to have a love affair with my bed. Honestly.

Highlight of my year was finally visiting New Orleans for the World Horror Convention. I signed books and walked the streets of the French Quarter and Garden District with Amy Burgess, who knows N'Awlins better than most tour guides.


Sure, it's been a tough year, with losses and gains and...hey, isn't that what life is about?

I've got this daughter here, who tells me the most adorable things like, "I like to love you, a lot." I'm sure she'd write it as "I lik to luv you alot," but that's besides the point. Or maybe it's not. This whole language thing. Spelling. What is it, anyway? Have you seen the old manuscripts from the Dark Ages thereabouts? English is evolving, so should we?

I digress. As long as the majority of the national populace prefers to read their books spelled in the current accepted correct form, I'll comply. (Too bad, though, the kid comes up with way more reasonable English word renditions)

So. This year, I've done a couple of things, some writing, some behind-the-scenes. I was given an opportunity to write with Paul D. Brazill and his Drunk on the Moon project, which then broke into individual stories, all related to his werewolf PI, Roman Dalton. My story was called Chances Are, and as luck would have it, is available with a handful of others for free today through Jan 3. 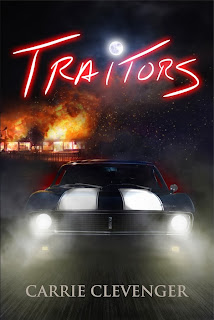 I also finished a Crooked Fang sequel, simply titled Traitors. Traitors may be a novella, but I packed that little book to the gills with action. I took the advice "leave out the boring parts" seriously.

Around the same time, Nerine Dorman and I got to talking as girls often do, and we decided it was time to pick on Ash and Xan again. Blood and Bone is nearly done, thanks to months of chipping away at word count on Saturday nights. It'll be a direct sequel to Blood and Fire, Crooked Fang, and Inkarna. How's that for a tie-in?

Now during my copious spare time, I decided to get myself into more projects. I read a portion of a submissions-call slush pile and decided hey, that was fun. I want to do more of that. Back to Nerine again. Idea. What if...
Well, we came up with Guns and Romances, a high-action, music-soaked, gun-smoked anthology that will cross genres, cultures, and very unfortunate characters in some circumstances. Guns and Romances remains open to submissions from just about anyone until Feb 28. Submissions info is here.

Okay, 2013. You've been fun. Anyone tired yet? Oh look, it's 2014. It looks funny, with the pointy 4 in it. I was getting used to round numbers, but my handwritten four is just elegant as can be. Perhaps the most legible of my penmanship as well. It's probably very good I don't sell handwritten books. They might be confused for alien cryptograms.

Finish out Blood and Bone
Co-edit Guns and Romances
Write and finish Jungle Rot, the next solo Crooked Fang adventure
Draw. I miss drawing. Or painting. I like doing that too. It's nice to do in Procreate
Road trip! I have some locations I need to visit for writing reference. Trust me, it's a good idea
Establish two other publishing credits (usually anthologies. I have an addiction)
Learn a new skill. This may include partial lobotomy, I think
Maybe I'll try to keep a plant alive this year. Until then, hide the geraniums. I'm a serial killer. 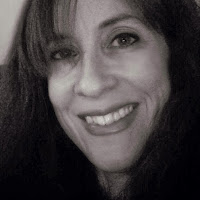 One more thing. I'll try to restart the flash fiction offerings. The reason I stopped is because I had to. Between publishing books and running after an insane monkey that curiously looks like my daughter and of course, working that full-time day/night job, I had no time, no brain, and no way.
And here I am, stuck in novelville. I miss the extremely short fictive (yes I just made that up) side of my work.

That's it, I'm done for now. Hey, no pressure, but have a great year.

I'll be in the padded cell next to yours. Have tons of stuff to keep me out of mischief this year. Hey ho! Let's at it!

I like it when Hell freezes over. You should blog more often - add that to your long list, will ya?

Happy New Year, Carrie. Hope you meet all your goals and then some! ox

Right on, Carrie. Glad to see you up and around. Take care of yourself and enjoy all that you do.