The year has come back round again to January, which prompts an onslaught of resolutions, dreams described and other determinations. Yet I see so many "These are fucks I give," or other grievances against those who will at least try to make changes. Why would we make resolutions or set goals? What's the goddamned point, you may ask. Perhaps history can be of use.

According to more than a few articles, notably this recent one, the Romans took New Year's Day as a day to reflect on the past, while looking ahead to the new year. Citizens exchanged food, apparently, along with greetings and blessings.

And according to Wikipedia, the ancient Babylonians made promises (to their gods) at the start of the new year that they would repay their debts and return borrowed objects.

Great, so you say. What's this got to do with me? Who gives a hairy rat's ass whether I make any sort of statement about what I intend to do all year with my life? Okay, true. No one cares in particular, unless you're famous and have fans/followers looking for the next big whatever-it-that-you-do to be released.


Here's another interesting concept: Happiness is not something ready-made. It comes from your own actions. - Dalai Lama

So, if happiness is directly rooted in your actions, what's the harm in making a few promises--to yourself? What better time to try something different or better, than right when a good chunk of the planet is doing the same thing? (Unless it's gym. The wait-times for the treadmills are absolute murder)

For those of you who don't give a fuck, groovy on you. Quite possibly you don't give a fuck about yourself, is it? Or are you ashamed to take a stand for something you want, rather disguising it under the shroud of aloofness? It's okay to want something better, to be something more.

Maybe you have created a little goal plan for yourself, ignoring the allure of the who-gives-a-flip crowd to persevere and say, "2014 will certainly be the year! Damn it all!" You've raised your fist to the sky and stated, nay, vowed to Do Something Else. Where do you go from the initial battle cry?
First of all, don't let panic set in yet. Everything is simpler if broken down into individual steps. I can use my situation as an example: I write, so of course my goals are primarily writing-related. I want to do this, finish that, and so on. If I look at the goals dead-on, it looks like one hell of a lot. But if I break it down by each thing I want to do, and even then dissect that goal even further, it comes out a little like this:

I'm only going to break down one of my goals, just for example's sake. I can only write on weekends primarily so there are what, 52 weekends in the year 2014? That's 52 opportunities that I can advance on my goal. Divide that by how many words I think I can type per hour and well, that's not too bad. So, say I devote four hours a weekend (this is crazy-talk, by the way) every single weekend there is. I type about 1500 words per hour, so that's 1500 x 4 = 6000 words a weekend and then multiply that by 52 weekends = 312,000 (WHAT? Even I didn't know this until just now) friggin' words I could POSSIBLY do in one year.

But, life happens. Kids like to do stuff on the weekends, I like to catch up on sleep and well...I'll just stick with SHIT HAPPENS as an excuse suitable explanation. But you can easily see how my little goal is most certainly possible and perhaps that is why we make these goals. To see if we can. To challenge ourselves, not look cool in front of all the other kids. The greatest challenges lie within ourselves, no? So challenge yourself. Even if it's just taking up a different hobby, reading more books, vacuuming the cat every so often. Because every progress changes things and change is what life is all about, people.

I'll leave you with Victor Hugo's words: Many great actions are committed in small struggles. 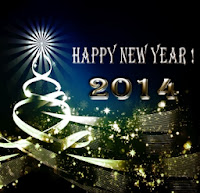 And for us, every day is some form of small struggle. Give yourself the permission to dream, and dream big.
Posted by Unknown at 8:05 AM

Panic? Who me? Crawl in my little hole and decide that I can surely forget the world exists with its demands and bills and responsibilities? Nope! Never! (as I begin to build a wall) LOL
Reading more has never been a problem for me. Reading is like breathing. I want and need to write more (maybe it will appease all the little voices running around in my head) and better. To stop allowing fear to hold me prisoner in my head and in life. To look at those whom I admire, and while remembering they are simply people as well, strive to follow their example. You, my dear, are certainly one of those people :)

Carrie, if we don't try and enhance our lives, who will? No one, that's who!!

Aside from the usual "be a better person/partner/father..." I don't usually make resolutions for myself - it's always about trying to make my business better by trying to make the community better. And THAT is some sort of goal, trust me :)

All the best for the New Year, Carrie...

I am one of those who do not do resolutions, but not because I do not give a fuck about myself, but because I find a lot of the time, I just accomplish stuff, whenever it is right for me, whenever that is. Yes, I know, that sounds vague as hell, but for me, it works better to have goals, but not specific set times when I will achieve them.
As an example: Been wanting to quit smoking, I have tried since 2012, and then, one day in November, I just stopped and haven't smoked since, now, had I set that as a resolution, I would have stressed myself out, and failed...yeah, I know, I'm weird ;-)

I don't think it's weird to not make resolutions. The key point of the blog was to say it's okay to set goals for yourself. Alannah, I remember your struggle to move past your addiction and it's a well-commended achievement you've made! You did precisely what I described, perhaps not on New Year's Day, but you decided and DID.

Paul, absolutely! The idea of forming some sort of resolution is to resolve something that may be lacking in quality in your life or completely absent. I've accidentally started blogging, and here I meant to restart flash fic as a goal. Whoops!

Susan, reading is a pleasure with the right book. I've gotten to the point that if I'm not enjoying a book, fuck it. I don't finish it. Life is too short.

May it be a fruitful New Year for you, Carrie! I have a couple of Twitter friends who did a million words last year, making me feel like a sloth. I think a novella is a perfectly reasonable goal.

I don't think it's odd to not make resolutions, either. I've made a few over the years, but it's not a big thing to me. I set goals in November and June and whenever it matters to. So this year I'm going to write another novel, and drop ten pounds of weight. But those aren't annual resolutions; I've done them before, and will do them in years to come as well.