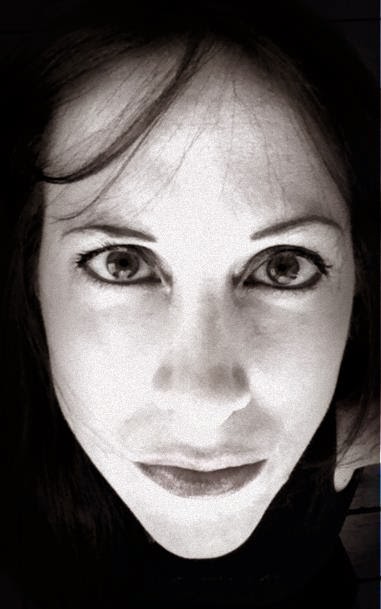 I usually live in a little comfortable bubble. But I watch social media as a means of entertainment/education/horrification/etc. One particular topic that has come up is the hashtag #yesallwomen. If you're not familiar with it, perhaps you should take a look. Women from all over the planet are sharing their worst moments because of gender inequality and misogyny. How even in this day and age, women are secondary individuals. How women are groped at conventions, given lesser salaries, being raped and then asked by the police what might they have worn, as if it is somehow the woman's fault.

She was asking for it...look at those hot pants. Damn I just wanna stick my

I'll leave off right there.

I've seen more than a few big-shot name responses to the issue that has somehow popped up out of nowhere and is now The Topic to Bitch About This Week. Now wait, before you even begin to form some kind of nasty retort, hear me out.

I'm sorry, but what? Oh, you mean the shit we women must put up with every single fucking day. My apologies, do continue in your quest to save the women along with the whales.

Misogyny is so deeply embedded in nearly every single culture, that it will take probably the rest of this generation and half of the next to eradicate. From movies, to books, to comics, cartoons, art, music...everything is guilty. The ones who have fought out against it in the past have been labeled Feminists. Feminazis. Dykes. Think of some more names...and written off as woman-static.

Many women are trained from birth to need men. To seek out their approval in everything, especially appearance. Do we wear those uncomfortable platform pumps for ourselves? How about the makeup? The way we walk and talk? The shy-coy girl looks we perfect over the years across the room to that handsome dark fellow there in the corner?

This is a conundrum. Women like to flirt, be bold, daring, trail-blazing. We want the fancy car, nice place, vacations and comprehensive benefits package too. We have only recently begun to realize we can achieve it under our own power. No sugar daddies. No rich husband. Just estrogen power and away we go... But wait. I forgot the salary inequality. Whoops.

Is there a decent balance between needing and wanting? And can men understand when they are told that what they are doing is not okay? I speak for the filthy sleazeballs that catcall and whistle and dig nasty sweaty hands up skirts at concerts and gatherings. That follow and stalk and conspire to make a female theirs. That threaten and rage, rage, rage against the power of the almighty fucking vagina.

Some of us have sons. Sons that are highly-impressionable and will be the future of Man. Is the cycle of misogyny destined to continue? Or can it be broken? Must we eliminate every trace that this inequality ever existed? Burn the flag of the Alpha Male?

The spotlight on this gives my heart a little jump, but not too much. This isn't the first time this shit has ever been brought up, and look. It seems to still be a problem. So excuse me if I don't piss myself in excitement. I will do the same thing I've always done. Check my mirrors before getting out of the car. Lock the doors and avoid enticing any sort of interaction that might be perceived as a come-on. Dress modestly. Keep my mouth shut when necessary. Because the storm isn't over, ladies and gentlemen. Lightning's just striking again.

The change begins with each and every one of us. Just as picking up litter in the park, even though you didn't make the mess, creates a more beautiful environment, so can your frame of mind. Can women be treated equally, universally, finally?

Comments are moderated.
Posted by Unknown at 6:35 PM

I'm not much of a "me too-er" but yesterday I saw something on this topic that made me stand up and say everyone on the planet needs to read this. Well, actually I tweeted it, but still...
this is the link: http://t.co/2yc5FLv8Qy This guy says things I've been saying FOR YEARS about the wrong headed ways that women are supposed to want to be wooed. [yes, that's a word] and about the stupidity of the entertainment industry in general when it comes to what is laughingly called "romance" in our culture.

In my experience if someone says they're a romantic, it means they have a bunch of scenerios in their mind that they want to plug someone ANYONE into and they don't care if they have to pound that square peg into that round hole with a REALLY BIG MALLET.

And having raised a daughter who works in a male dominated industy, and having spent decades working in one myself, there's a whole lot more to my rant Carrie, but you said it so eloquently that I'll simply say thanks, and me too.

Right on, Carrie. We who have been trudging along will continue to do so. Some of us remember the days when speaking up to a man was called mouthing off. Not just a man in a position of authority, any man. Things are better, and yeah, yeah, #notallmen. But we're nowhere near the crest of the mountain yet. Not as long as #yesallwomen still deal with crap just for being female every day.

Thanks Karen, I was shaking with pent-up emotion when I finished writing the blog. I haven't felt anything so strongly in a long, long time. Thank you social media.

Indeed Pamila. Not holding my breath just yet, but wouldn't it be nice?

A lot of this started a little while ago over here in response to a Facebook page a guy had started where he was posting photos he'd taken, without their permission, of women eating on the tube. BBC Breakfast did a whole segment on modern misogyny. I quite agree with the meme that's going round saying parents teach daughters to be safe but they should also teach sons not to be assholes. I've even started pulling my male students up and explaining why that behaviour is not okay, and letting my female students know they don't have to take it. Why has no one else done this before they got to me?

Icy: Because it was either considered normal behavior, or they were too afraid to take a stand. We still are in many ways.

Well said. It's good to see women speak out, but seeing a lot of the male response shows just how far we need to go. Ironically, those men saying that feminism is no longer needed prove just how much it really is.

Laurita: I don't know that it's *all* about feminism, but basic human equality as well. There are so many problems tied up with this topic, beyond wolf-whistles and fear of the dark, to sex-trafficking, propaganda, etc. Do we have a viable solution? Is it so difficult to just let women be a member of the human race proper?

Okay you had me until you said, "Dress modestly. Keep my mouth shut when necessary." Because change starts with us and if you're not changing anything because nothing’s changed yet, then what have you contributed to the change? Dress how you want. Say what you want. Make the change. No it won't happen overnight. But it won't ever if we don't start somewhere and just saying it sucks and you have hope it'll change isn't enough. Changing that frame of mind is great but if you just keep it to yourself then what good does it do? This reminds me of Mrs. Banks in Mary Poppins. A meek wife at home, who says she wants change and does a little toward that change, just as long as it doesn't require her to upset the status quo of her life. Now to be clear I'm not saying stop locking your doors, stop checking the mirrors because that wouldn't really make a statement. That's safety and common sense in a world of madness. I'm saying do not be meek but be bold. Be the change means BE THE CHANGE and that starts with fighting for what you believe and you can't do that if you’re standing in the corner keeping your mouth shut so that you don't upset others.

I rock the boat whenever possible. Having fibro and such, I just do it more carefully. Besides, I can't walk in high heels for shit. ;)
Great thoughts.